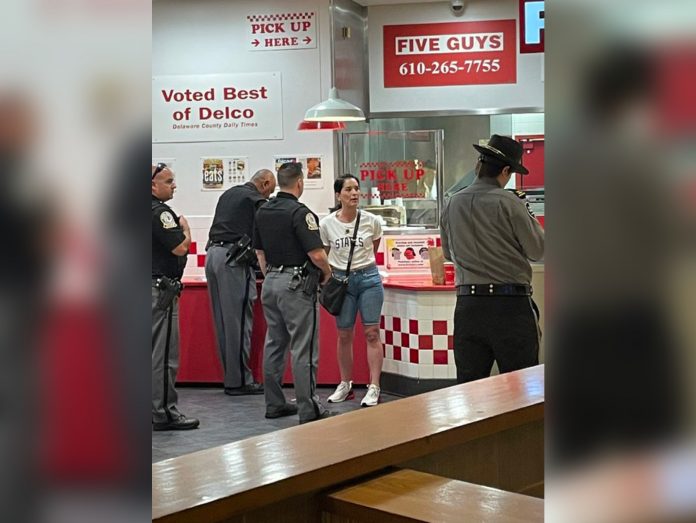 On Thursday, back-to-school chaos broke out at King of Prussia Mall, in Pennsylvania, when a woman took out a firearm in the food court.

The incident started when the woman had a disagreement with three other women, close to Five Guys, around 1:15 p.m.

The woman said she headed in another direction to get her food but was confronted by two of the other women as the dispute continued.

The female said that she thought the women were going to assault her, so she took her gun out of her purse and pointed it in their direction.

The Upper Merion Police Department says that the woman didn’t shoot the gun.

Witnesses reported a chaotic scene as people ran from the food court. While police came onto the scene, stores started to lock down.

Police say that the woman who had the firearm had it legally and has a permit to carry a concealed weapon in Montgomery County.

As of now, authorities say that no charges have been filed.

No injuries were reported in the matter.