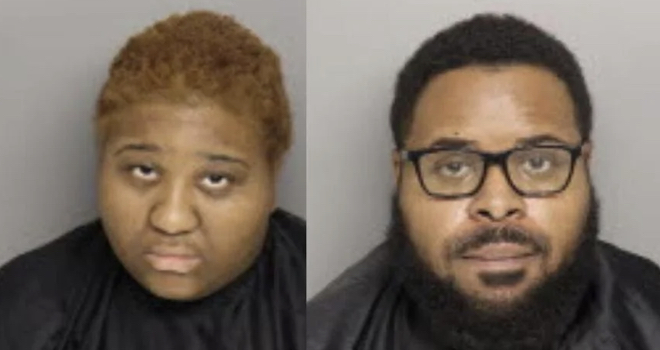 A South Carolina couple has been arrested for the death of a 3 year old toddler.
According to reports Ariel Robinson,29, the winner of season 20 “The Worst Cooks In America” and her husband Jerry Robinson,34 were arrested Tuesday and charged with homicide by child abuse after being accused of inflicting blunt force injuries that resulted in Victoria Smith,3 death.
Officers responded to a call about an unresponsive toddler on January 14 and when they arrived they found Smith unresponsive.
She was transported to a nearby hospital where she was pronounced dead.
After investigating authorities learned that Smith’s death was ruled a homicide and the couple was arrested.
The relationship between Robinson and Smith has not been released at this time.