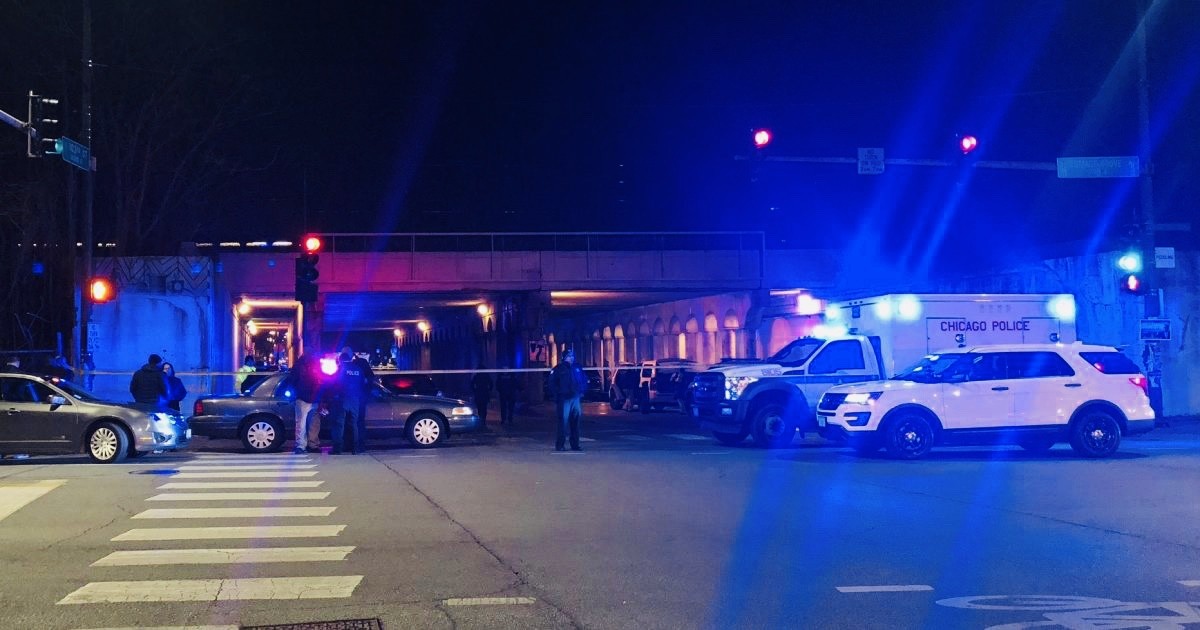 Two Chicago police officers were stuck and killed by a train Monday evening while investigating a call of shots fired near the train tracks.

According to reports two officers were responding to a call of shots fired near 103rd Street and Dauphin Avenue around 6pm when they were struck by an outbound South Shore train.
The spokesman for Chicago PD Anthony Guglielmi tweeted that both officers were pronounced dead at the scene and that Chicago PD has not yet released their names.

Officers retrieved a gun at the scene and said they were questioning a man of interest that was at the scene.
Detectives are still investigating.