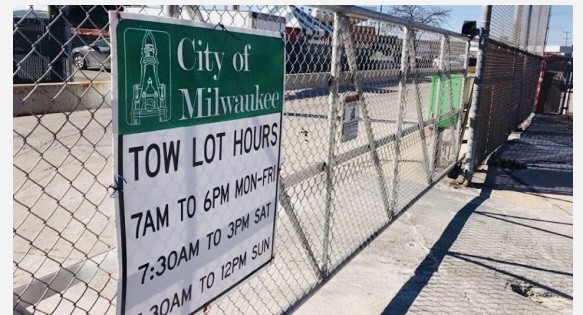 A 4 year old girl was left inside a minivan overnight that was taken to a Milwaukee tow lot.

According to reports Milwaukee police pulled over a female driver that appeared to be under the influence early Tuesday morning.
Officers arrested the woman near W. Forest Home Avenue and N. 39th Street for OWI. They also removed a 10 month old baby from the vehicle before having it towed to the Milwaukee Department of Public Works Tow Lot around 12:30am.

It wasn’t until around 8:30am that a worker heard the 4 year old little girl in the vehicle crying. The employee called police and the child was checked out by fire officials before being transported to a nearby hospital for further observation.
Temperatures dropped as low as 19 degrees while the child was inside the vehicle overnight.

This case is currently under investigation.