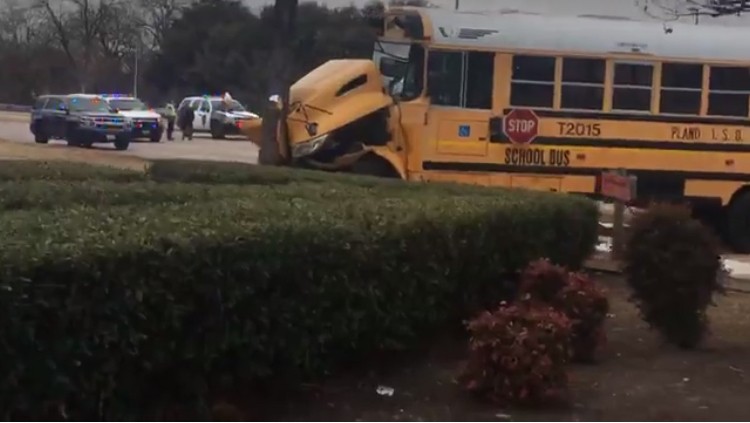 Amongst vehicles involved was a Plano ISD school bus that was carrying a student and two adults who were not injured according to Plano ISD.
Pigott was taken into custody with minor injuries and no other injuries were reported at the scene.