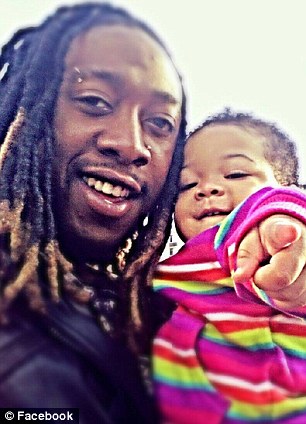 Aniya Day Garrett’s Father was hospitalized after suffering a mild heart attack after his
daughters death.

Garrett’s 4 Year old daughter was murdered by her mother and her boyfriend. Apparently the father and daycare had been reporting injuries and abuse to authorities and Cps but when they would do a welfare check they couldn’t find enough evidence to remove the toddler from her mother.

Garrett was set for an emergency hearing to try and gain temporary custody of his daughter the day after her death.
When Garrett saw his baby mother and her boyfriend in court for arraignment it was very emotional as Mickhal screamed out to his ex that she was a murderer.
Family members posted that Garrett later had a heart attack caused by high blood pressure. He later made a video and posted to Facebook that he was doing ok and the information that was given was misinformation.