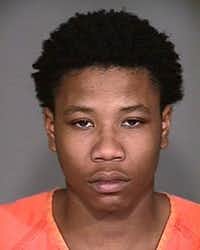 Two men were found shot to death Thursday morning outside of an Arlington apartment complex.

Joshua Daniels,25 and Winston Davis,25 were the victims found in the parking lot of a complex located between Lamar Blvd and Collins St Thursday. Arlington police are investigating the case to see if it has any connection with the shooting that took place at Cross Creek Apartments in Plano. Three people were injured in Plano and one was fatally shot.

Frankie Barnes,18 was arrested later that day in McKinney and charged with aggravated assault with a deadly weapon and may be facing more charges.