Sheffield was on trial from an incident that occurred back in 2019 in Deep Ellum when he physically attacked 27 year old L’Daijohnique Lee. 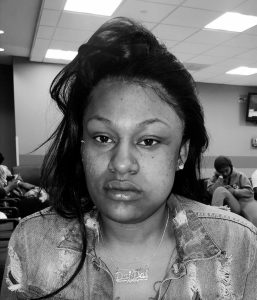 Jurors found Sheffield guilty of assault but did not find him guilty of the aggravated assault with a deadly weapon charge.

After his conviction Sheffield agreed to a plea deal in which he would serve four days in jail and complete a five year probation. He also has to plead guilty to a dwi charge in Collin County and will have to receive a 90 day jail sentence.

The plea deal also stated that Lee must carry a portable breathalyzer and blow into it at least 4 times a day. He also has to attend drug and alcohol classes.

In March of 2019, Lee pulled into a parking lot and Lee got out of his vehicle and approached her with a handgun. Witnesses used cellphones to record the incident in which Sheffield was seen walking up to Lee and slapping her phone out of her hand. She then hit him and he was seen punching her multiple times in the face.

Sheffield was initially arrested and released. The case was later handed over to a special prosecutor for presentation to a grand jury.