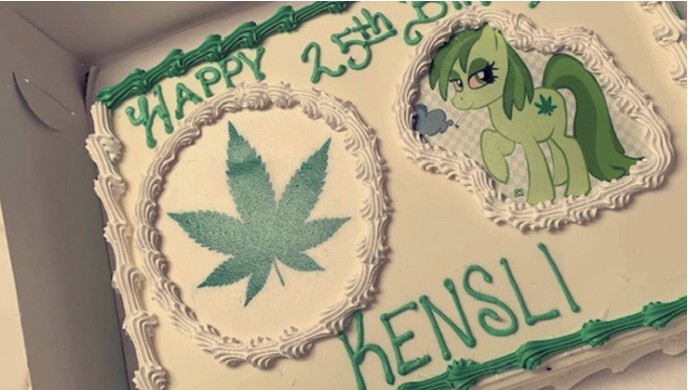 A Georgia mother orders a “Moana” themed cake for her daughters 25th birthday and mistakingly receives a marijuana themed cake instead.

Kensli Davis says she was turning 25 and told her mom how much she loved the Disney character Moana so her mother called the local bakery and ordered the Disney themed cake for her daughter.
They picked up the cake to find the baker misunderstood what was said and made a marijuana themed cake instead of Moana.

Davis said they were not upset at all and actually thought it was pretty funny because it had a marijuana leaf and a pony on the side with a tattoo of marijuana, smoking a joint with red eyes.
She went on to say that the cake was one of the best cakes she ever had.