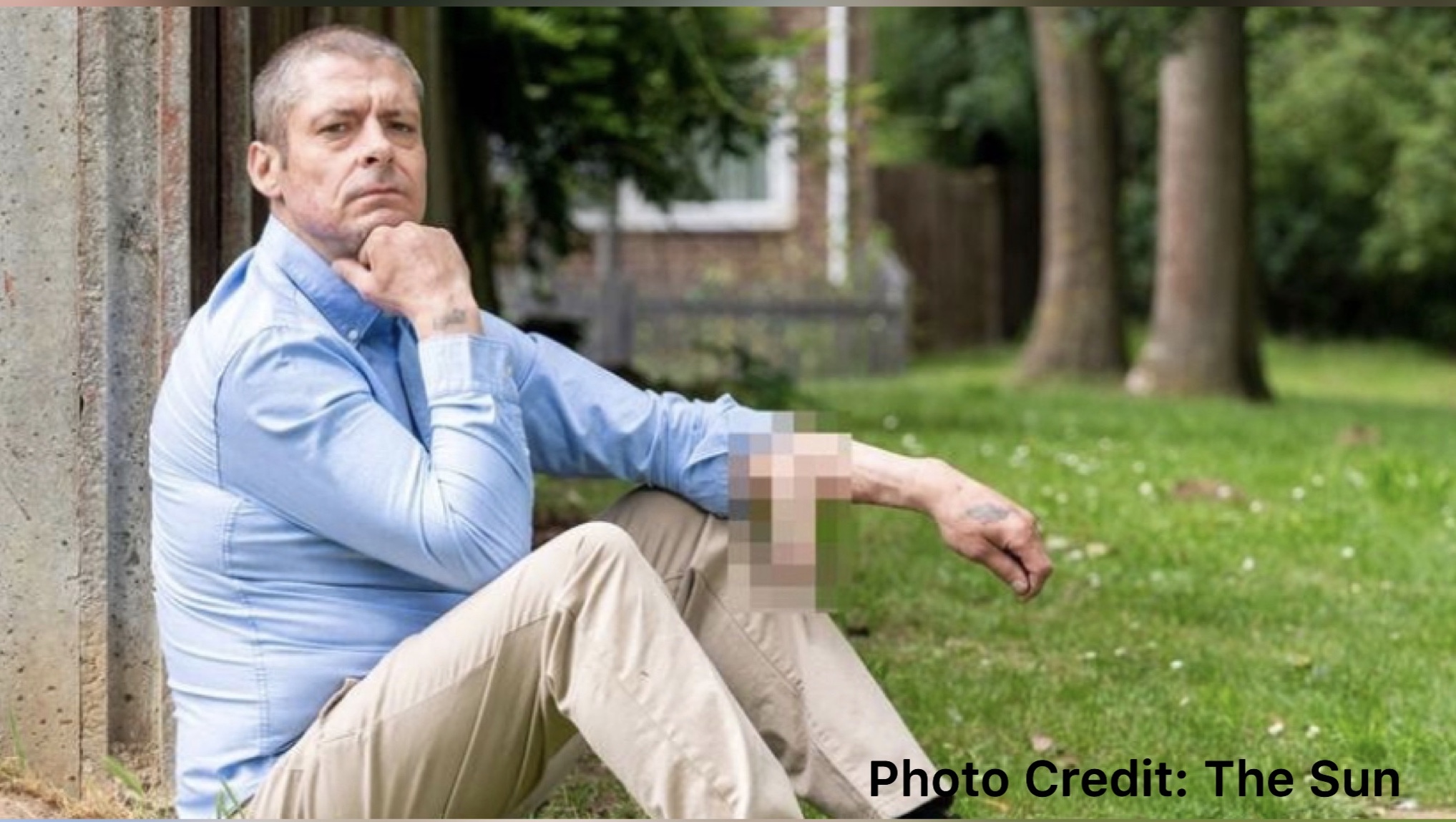 A British dad who lost his penis to a blood infection has had a new one rebuilt on his arm.
Malcolm MacDonald,45 a mechanic, suffered a horrific infection in his perineum that turned his fingers, toes and genitals black.
Malcom reportedly said that this took a heavy toll on his mental health and he began drinking heavily.
He said, “I knew deep down it was gone and I was going to lose it, then one day it just dropped off on to the floor. Because I had been through the devastation of knowing I was going to lose it, I just picked it up and put it in the bin.”
“My life really fell apart because I had no self confidence. I drank too much. I didn’t see family and friends I just didn’t want to have to face up to it,” he added.
Then Malcolm met Professor David Ralph of London’s University College Hospital who told him about the ‘bionic penis’ that was created for a person born without one.
The NHS funded the $65,0000 surgery and said it would take about two years to complete.
Surgeons were able to graft him a new penis with its own blood vessels and nerves, creating an artificial urethra and installing two tubes inflated with a hand pump to allow him to get an erection and he even had them add on an extra 2 inches.
MacDonald said at first he thought it was a little weird walking around with a growing penis on his arm but he later revealed that he became comfortable with the fact of being able to have sex and pee again and just wore long sleeved shirts to cover it up.
It’s been four years and his penis has still not been transferred to its proper place due to a series of missed appointments, scheduling problems, staff shortages at the hospital and most importantly the Coronavirus pandemic.