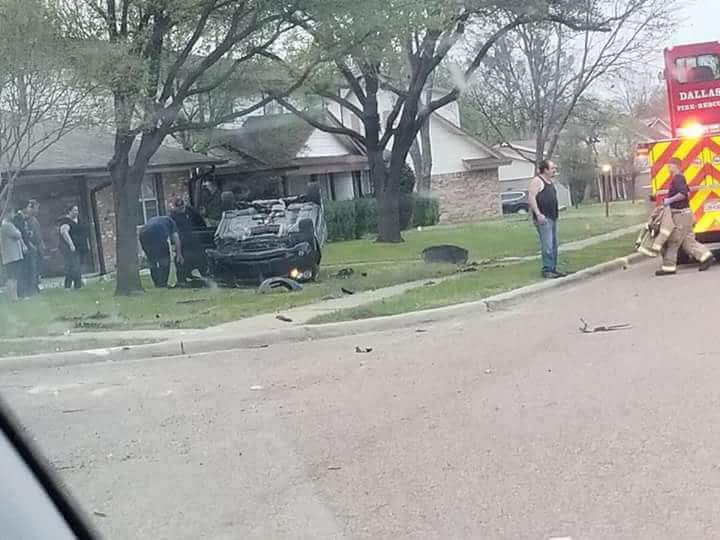 A man was shot and killed Sunday night in East Dallas after being shot while driving.
Thomas Hobson,19 was found near Barnes Bridge Rd with a gunshot wound. It appeared Hobson may have been struck by a bullet while driving lost control and struck a utility pole. His car flipped over and landed in a front yard and he was pronounced dead at the scene.
A witness says there was a passenger in the vehicle that fled the scene. This case is still under investigation.
c