A Florida Chick-fil-A employee witnessed a man attempting to carjack a woman with her baby and tackled the suspect to the ground.

According to police, 43-year-old William Branch threatened a woman getting out of her vehicle at a Fort Walton Beach Chick-fil-A on Wednesday. 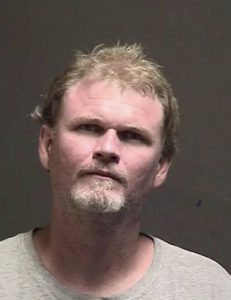 Branch, with a stick in his hands, demanded that the victim give him the keys to her vehicle. When she refused, he snatched them from her possession, grabbing at her waistband.

The woman, who was getting her baby out of the vehicle at the time of the ambush, yelled for help as she watched the suspect get into her vehicle.

Thomas “Mykel” Gordon was outside, working the drive-through lanes at the time of the incident. The young staff member heard the commotion and ran towards the scene, tackling the suspect to the ground on impact. Other bystanders quickly rushed over and helped pin the man down until police arrived. 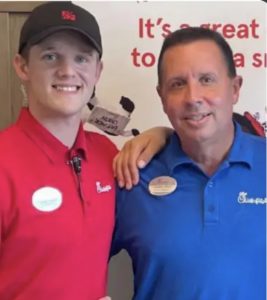 According to employees, Branch was involved in an unspecified incident prior to the carjacking.

Branch was arrested and charged with carjacking with a weapon, and battery.