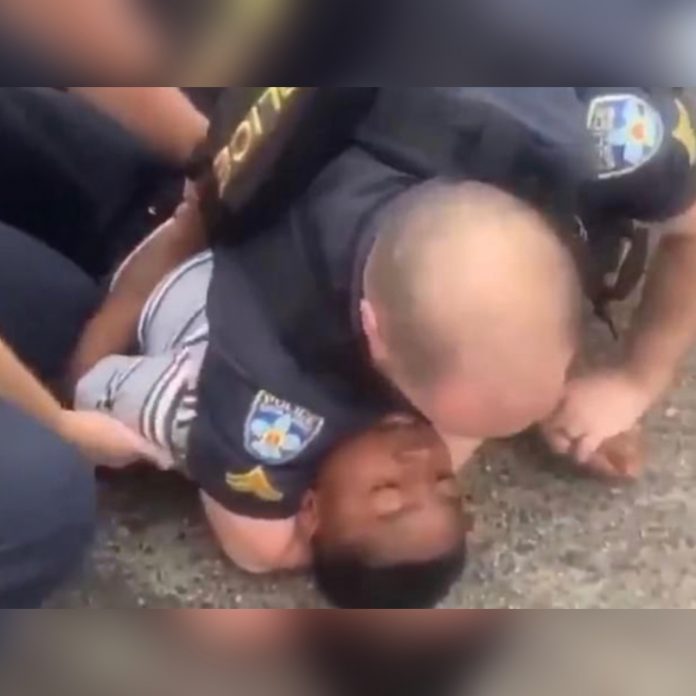 A Black Teenager ended up arrested after an hour long high-speed chase. A Baton Rouge Cop pulled the teen out the car, laid him face-down placing his knee on the teen’s neck. The teen reportedly was asthmatic.
Now, a year later, the mother of the teen is suing. Filing a lawsuit citing excessive force against her child.
Tenesha Cannon says the cops went too far when they arrested her 16-year-old son. Mentioned in her lawsuit, Cannon says instead of cuffing her son, they used excessive force. She alleges the cop pushed him to the ground and placed his knee on his neck for more than 30 seconds.
This happened just a month after George Floyd’s death making this case receive national attention from several news outlets.
Not only is Cannon suing the officers, she is also suing Baton Rouge Chief Murphy Paul and the City of Baton Rouge. Citing they played a part in allowing this kind of police behavior to take place.
Cannon’s son was a passenger in a car that Officer Travis Williams flagged down over a seatbelt violation. However, the driver allegedly did not pull over. Williams dispatched for backup and chased after it, leading to 16 officers joining in on the pursuit.
After an hour long chase, the driver finally pulled over. The driver remained in the car and put his hands up. However, Cannon’s son exited the vehicle and got on his knees, also with his hands up. Three officers approached the passengers with weapons drawn and carried out the arrest without further incident.
BRPD released in a statement: “At this time BRPD is not going to comment on specific allegations in the lawsuit due to pending litigation.”