After attempting to take part in a TikTok challenge, two girls, 8 and 9, died. Now the relatives of both girls have filed wrongful death lawsuits against the social media platform.

Lalani Erika Walton, was an 8-year-old from Temple, Texas, and 9-year-old Arriani Jaileen Arroyo, was from Milwaukee, Wisconsin. 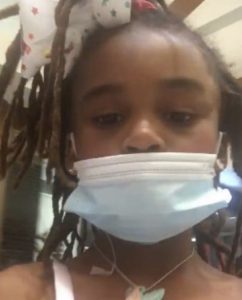 Court documents note that both girls passed away from self-strangulation after they attempted to take part in the “Blackout Challenge.” The challenge involves choking one’s self with items like a belt, rope, or purse until a person passes out.

TikTok’s algorithm is blamed for depicting the challenge on both girls’ “For You Page.” It was said to have encouraged them to take part in the challenge that costs them their lives.

On July 15, 2021, Walton died. She had just gotten back home from a road trip and was instructed to clean her room before going to a pool. After napping for an hour, her stepmother went to her room and found the door closed. She entered the room, discovered Walton’s body, got her down with the help of a neighbor, and called authorities.

Documents add that her death wasn’t on purpose as her swim clothes had been laid out.

A few months prior to Walton’s death, Arroyo died in a similar fashion on February 26, the lawsuit states.