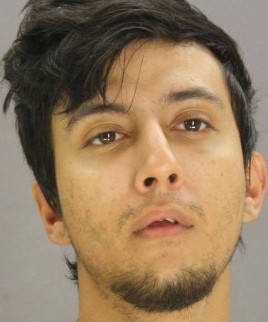 ***INMATE CAPTURED***
Dallas County Sheriff’s are searching for Justin Gonzalez,25, who escaped Monday morning while he was being transported to Dallas County Jail.
Gonzalez was handcuffed to another inmate while being transported from Garland jail and managed to break free and jump out of the back door of the van near Shiloh and Forest Lane. When he jumped out the van he was wearing blue jeans and a green or yellow vest.
Gonzalez was in custody for unauthorized use of a motor vehicle. He also has a previous criminal record involving drugs and weapons.
If you have any information regarding Gonzalez whereabouts call sheriff department 214-749-8641