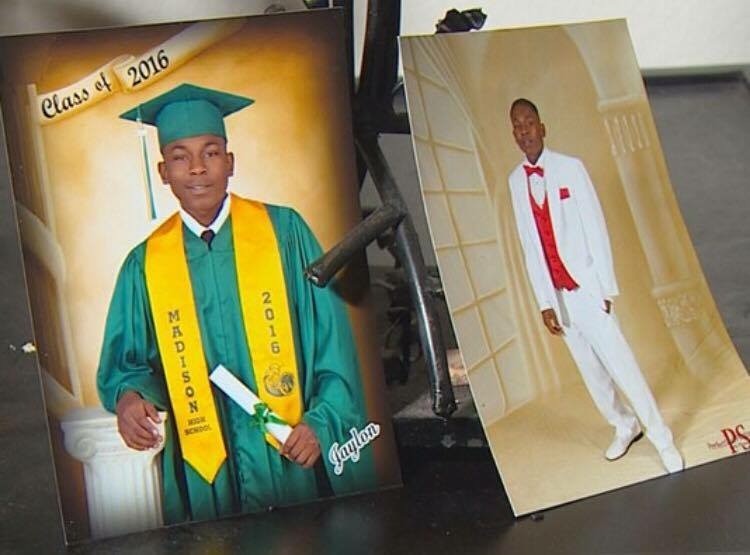 A 13 year old has been charged with murder in the fatal shooting of 18 year old Jaylon Jackson, who was gunned down just days after graduation.
Witnesses say that Jackson was visiting a friend who lives down the street from him, in Pleasant Grove, when he was gunned down by a 13 year old in a drive by shooting.

Police will not release the suspects name because he is still a juvenile but witnesses say the boy attended Comstock Middle School and the two were friends.
Police have formally charged the teen. The juvenile was already in custody on unrelated charges and is currently being held on a 1,000,000 bond.