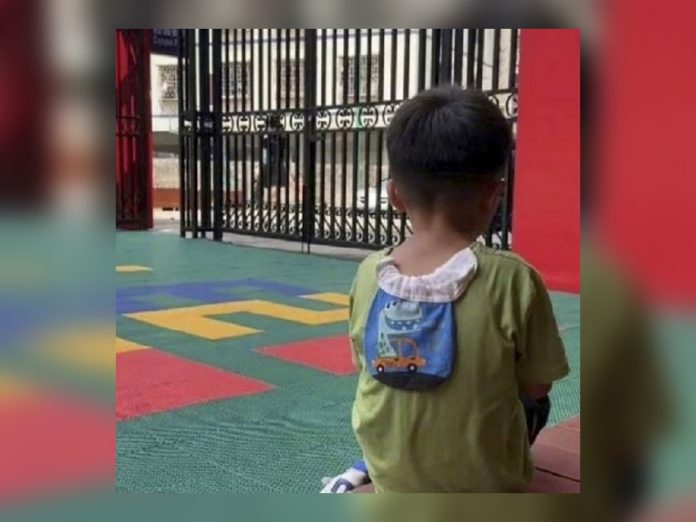 A man in China reportedly dropped his son off for school but never returned after finding out the boy was not his.

The 5-year-old, who is being identified as “Xiao Rui,” was abandoned last week by his father that dropped him off at school like usual. Only this time he failed to pick him back up.

It was said when the father dropped Xiao off he had a backpack with him containing only a change of clothes and a mobile phone.

The boys teacher reached out to the boys father and when she got in touch with him he told her that wasn’t his biological son and that he was now the schools problem.

She also went by the boys address to find the home empty and his mothers whereabouts unknown.

Eventually the mother was contacted and said she would pick the child up this week.