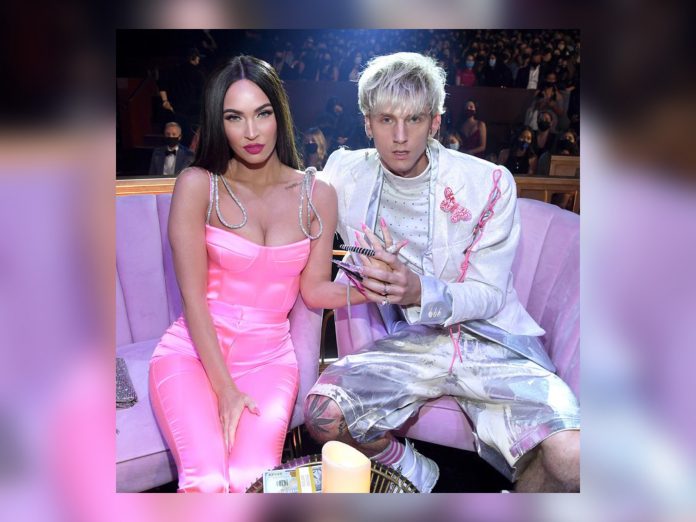 After dating for a year and a half, Megan Fox,35, and Machine Gun Kelly, 31, are engaged.

The couple met in March 2020 on the set of “Midnight in the Switchgrass.”

Fox shared a video of the proposal, that happened on January 11, on her Instagram page. Under the caption, she stated that the couple ‘drank each other’s blood’ to commemorate the occasion that occurred at the Spa Botanico at the Ritz-Carlton Dorado Beach in Puerto Rico.

Recordings show Kelly kneeling on his knees as Fox stands surprised with her hands over her mouth. She then went down on her knees, accepted the MKG $340,000 ring, and kissed Kelly.