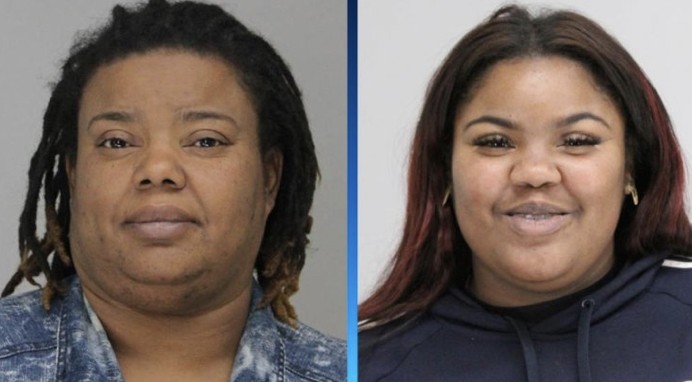 A Los Angeles mother and daughter were arrested after being caught with over 60lbs of marijuana in their luggage at Dallas Lovefield airport Thursday.
Bridget Williams,41 and her daughter Victoria Wilkins,22 were both arrested after a detective and drug dog smelled marijuana coming from luggage that was on a plane the two just arrived on.
Authorities checked the luggage and found over 60lbs of marijuana double bagged, vacuum sealed closed, wrapped in clothing and placed in larger bags.
The two women were arrested and charged with a second degree felony possession of marijuana.
Williams and Wilkins have since bonded out of jail.