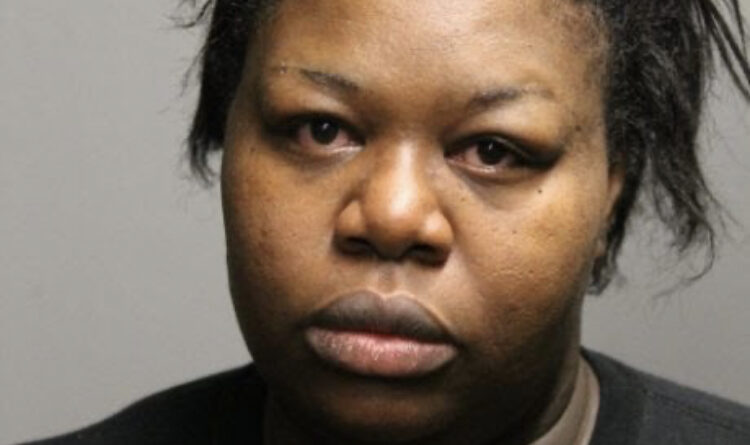 
A Chicago mother has been arrested and charged with aggravated battery after admitting to slamming her two month old daughter face first on the kitchen floor.
According to reports the infant is not expected to survive and suffered from more than ten fractures to her face, shoulders, and legs and bleeding in the brain.
The father of the infant called an ambulance to the 1000 block of West Bryan Mawr Avenue last Tuesday when he went to visit his daughter and found her unresponsive in a bassinet.
The infant was transported to Lurie Children’s Hospital in critical condition and later transferred to Northwestern Memorial Hospital due to the severity of the infants injuries, primarily to her head.
Once investigators spoke with Singleton they said she admitted to holding her daughter by both legs and slamming her face first onto a kitchen floor six days prior.
She also told them that she often hit the child because she was reminded of her ex every time she looked at her.
Doctors determined that Singleton’s story was inconsistent with the injuries and that the injuries were more recent.
Singleton was arrested and held with no bail.
She is scheduled to appear in court Monday.