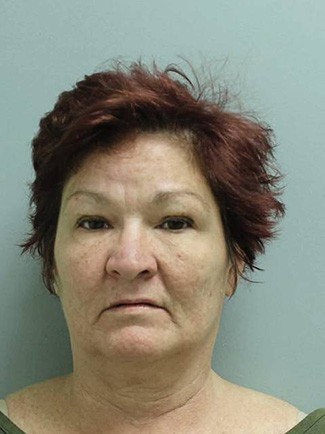 A Pennsylvania woman has been arrested after she allegedly cut her boyfriend with a box cutter when she didn’t receive a gift or card for her birthday.

According to police reports David Rae took his girlfriend Georgia Zowacki out to dinner for her 55th birthday but apparently that wasn’t enough.
When the couple arrived back home she became very angry grabbed a box cutter put it to his neck and threatened to kill him because he didn’t buy her a card, gift or cake for her birthday.

She then slashed him on his arm and went in the bedroom and broke his tv and a few more items before leaving the house.
When officers arrived to the home they found Zowacki nearby on a neighbors porch.

She was arrested and charged with aggravated assault and is being held on a $25,000 bond.