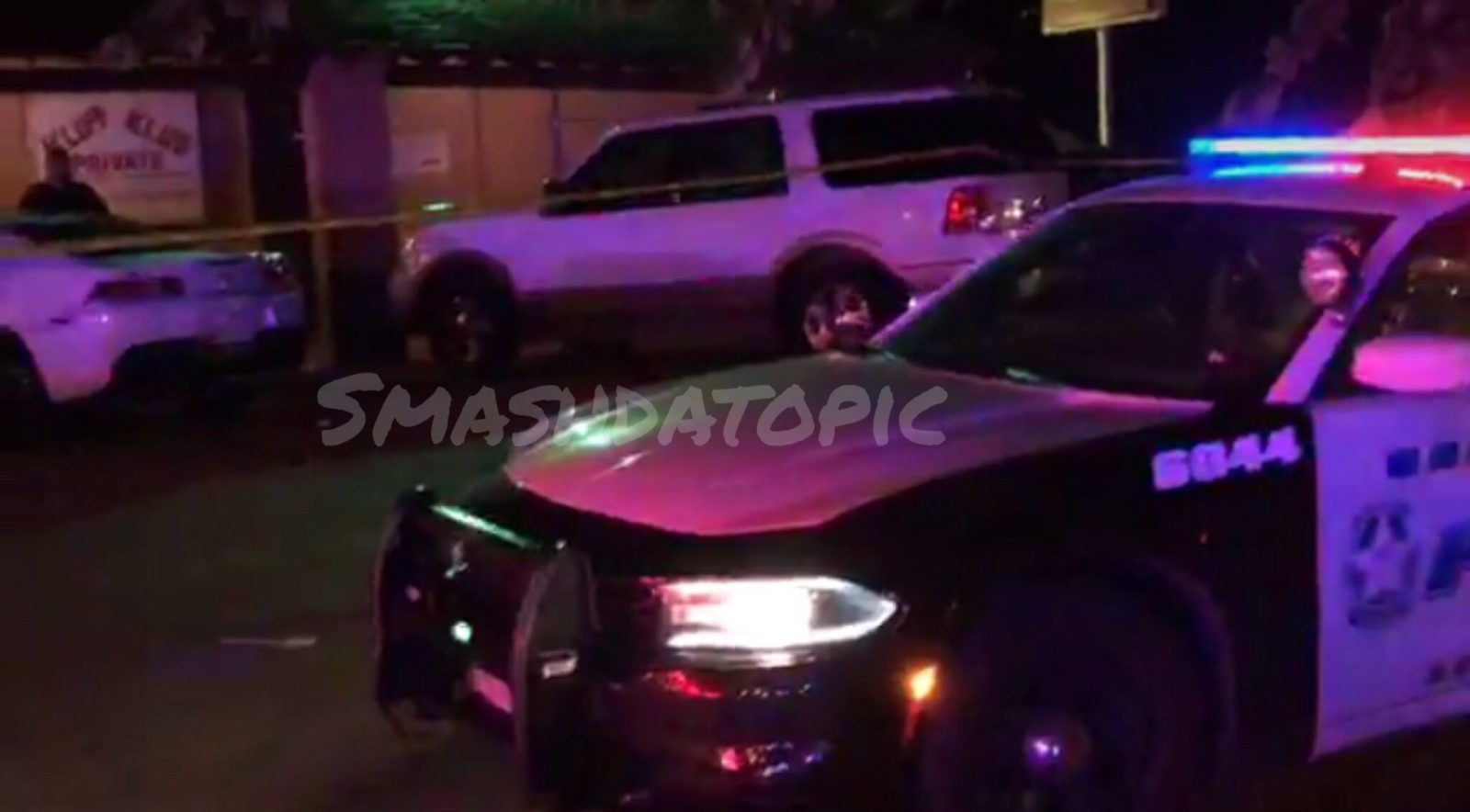 Dallas police were called out to a shooting at the Kliff Klub in Dallas around 12:30am Thursday morning.
Authorities say a fight broke out on the inside and when one of the men were escorted out by security he went to his vehicle and grabbed a gun and shot the unarmed security guard in his back and shot a female bystander in her leg.
Emergency crew arrived and transported both victims to a nearby hospital where they were treated for non life threatening injuries.
The suspect fled the scene and police are asking if you have any information regarding this case to contact Crime Stoppers.
This investigation is still ongoing.