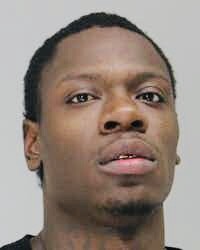 Dallas Police responded to a call back on September 17 where they found a deceased woman, Jessica Henderson, and two other victims shot at the Sunoco gas station.

One of the victims, Corey Sanders,39 was transported to a nearby hospital where he later died due to his injuries.
Authorities say the suspect Donald Taylor,29 fled the scene in a gold Honda CRV. On October 8 Taylor was arrested by Dallas Police at Town East Mall in Mesquite and taken to Lew Sterrett Jail where he is being held on capital murder

charges for both Sanders and Henderson.