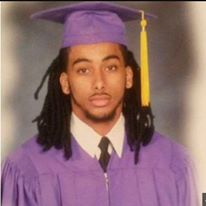 Andrew Jones, who graduated from Amite High School in Louisiana, was not allowed to walk across the stage and receive his high school diploma because he refused to shave his beard.

Jones was an athlete and Valedictorian of his school. School officials stopped Jones at the ceremony doors and told him that his facial hair broke school policy and if he didn’t shave he would not be able to walk across the stage nor give his speech.

Jones refused to shave his beard so teachers stripped him of his cap and gown and told him he would have to sit in the audience with his family. Although, Jones was Valedictorian and graduated with a 4.0 gpa he was not mentioned nor recognized throughout the whole ceremony.

Superintendent Mark Knowles spoke with News 2 about the matter. During the interview Knowles states that Jones was warned several times before the ceremony about the schools no facial hair policy.

Jone’s parents argued that the policy was not enforced during the school year so why make such a big deal on graduation. Knowles responded by saying the school policy has been in affect for years, and this is not the first time a student has challenged it.