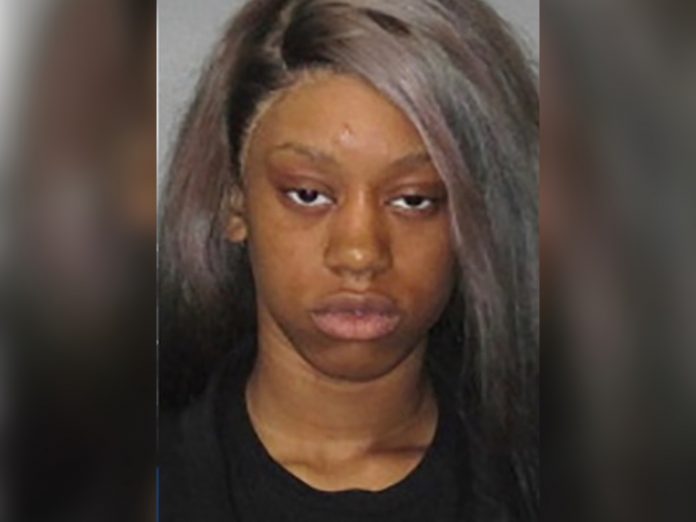 Janiya Wattley is the woman accused of robbing a beauty supply store, at gunpoint, in Baton Rouge, Louisiana.

She has now been arrested.

The incident that was shown on camera footage, shows Wattley shopping for wigs inside the location. She decided not to purchase one, but grabbed a wig from a wall. Then, she pushed it down into her backpack.

Workers in the store approached Wattley, and she pulled a gun out of her bag, firing up into the ceiling.

The video shows the owner of the store run to the back, firing back at Wattley to frighten her. The suspect fled the scene with the stolen merchandise.

On Thursday, Wattley was located and apprehended.

Authorities noted that a tipster lead them to the woman, and the matter continues to be investigated.