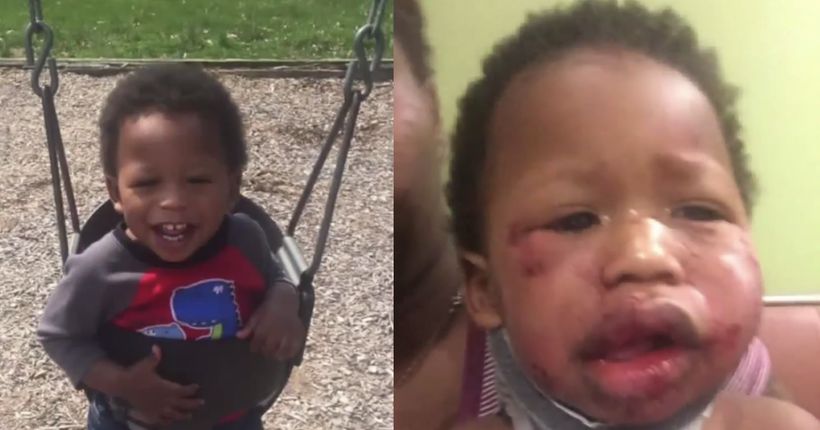 Indianapolis police are searching for answers as to what happened to a 1 year old baby attending daycare.
Reports say Tiffany Griffin was summoned to the Kiddie Garden daycare to find her babies lips, eyes and mouth bloody and swollen. She says when she asked the worker what happened she said a 2 year old baby also attending the daycare assaulted her baby. Griffin then punched the woman out of anger.
The owner Haben Ghebremichael says the 2 year old toddler had blood over her hands and that it’s not an uncommon act for the child.
Griffin’s son was taken to Riley Hospital and no word on his condition has been released.
Officers have not made an arrest and this case is still currently under investigation.