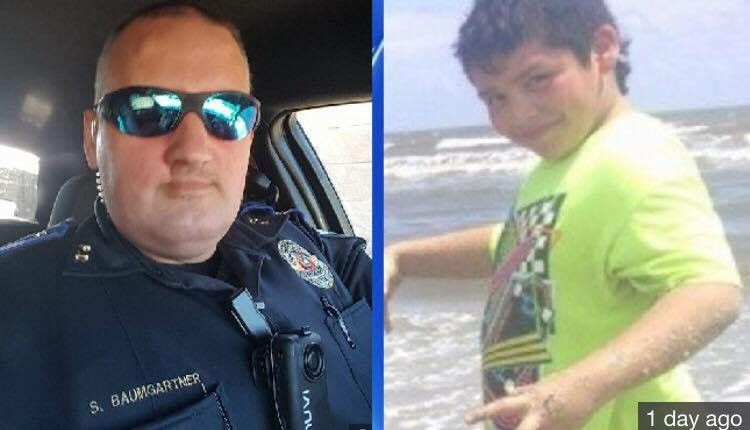 A Houston officer was struck by an suv on Father’s Day during a high speed chase that killed him and an 11 year old boy that was in the other vehicle.
According to the Texas Department of Public Safety, Sgt. Stacey Baumgartner was dispatched to a 911 call of a man exposing himself and urinating on the sidewalk.

When the officer arrived the suspect jumped in his vehicle almost running the officer over as he fled the scene. The suspect identified as Garrett William Nee ran a red light which caused the officer to follow behind him.
Officer Baumgartner was t boned by an suv carrying a family as he ran the red light in pursuit.
Nee saw the accident in his rear view mirror and returned to the scene where he was later charged with murder in the officers death, intoxication manslaughter in both deaths and six counts of intoxication assault with a vehicle because the boy’s family was left in critical condition.
Ned’s bond was set at 1.3 million and he is currently in jail.