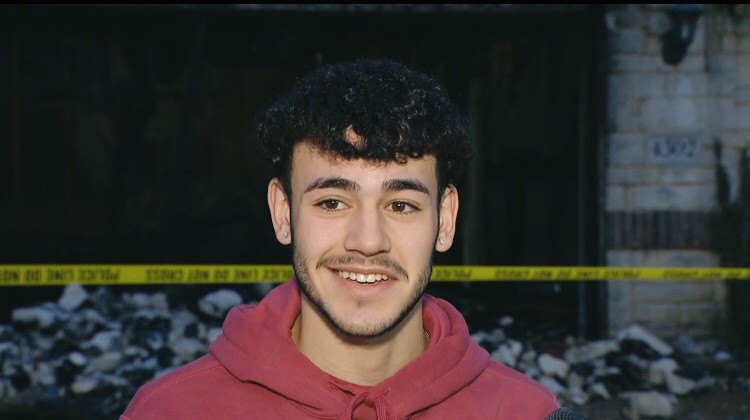 A 17 year old Mansfield teen saved his 11 year old neighbor from a burning house Monday night.
Gabriel Vivoni,17 told police he had just returned home around 9:30pm and noticed smoke coming from his neighbors garage on the 3200 block of Gleneagles Drive.
He says he ran over to the home rang the bell and knocked on the door several times but got no answer so he ran home called 911 and notified his parents.
Vivoni says he then went back to the neighbors home where he ran through the burning garage into the living room and saw his 11 year old neighbor sleeping on the couch.
He grabbed his neighbor who was home alone and ran out the front door as the boys parents were pulling up to the home.
Mansfield Fire Department were able to put the fire out without any injuries.
It is still unclear how the fire started but the fire department is investigating.