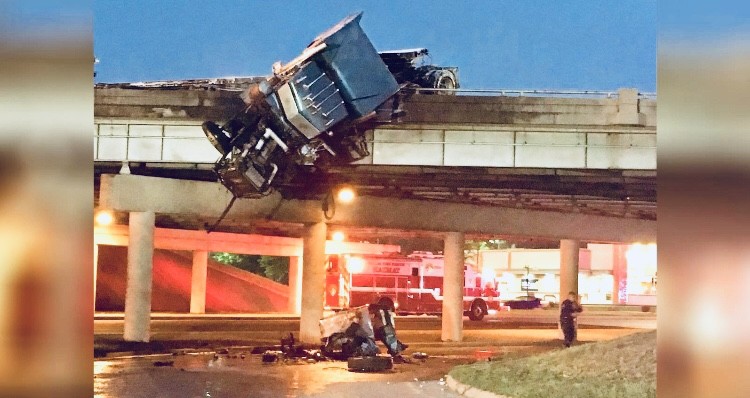 Interstate 30 is closed down after an 18 wheeler collided with several cars around 6am Friday morning.
According to reports when the truck collided with the vehicles it’s cab ended up hanging off the bridge which caused fuel to leak onto the overpass and start a fire.
Emergency and Hazmat crews were called out to clean up the mess both above and below the overpass. They have shut down all lanes going Eastbound until further notice.
The condition of the driver and other vehicles involved is unknown at this time.