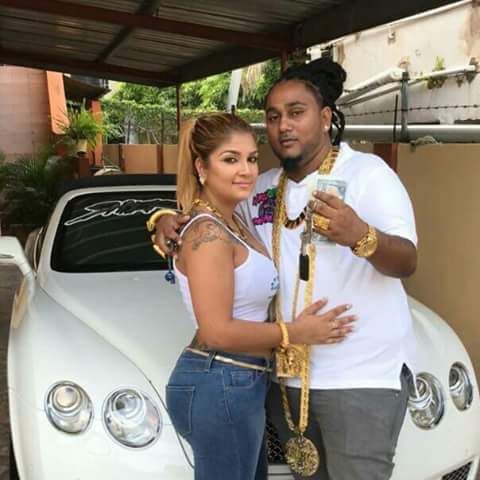 Sheron Sukhdeo,33 was a millionaire that was shot several times in a drive by while at his in laws house.

The shooting took place around 9pm in Trinidad while he was with his wife visiting her family. Sukhdeo was a young real estate agent and car salesman who left behind two children, his wife and tens of millions of dollars.
Sukhdeo was buried on Friday with over 2 million dollars worth of his belongings on him. He was also buried with his boots, jewels and trophies.
Hundreds of people came to mourn the young man at his home in Orchard Gardens, Chaguanas where his wife Rachael Sukhdeo participated in his final Hindu rite. The body was later cremated and showered with Moet Champagne.
Reports say Sukhdeo was facing 2 assault charges that were dropped because his wife refused to testify.