A Minnesota man is in custody after he allegedly stabbed a woman multiple times before beheading her Wednesday.
Officers responded to a stabbing call at the intersection of Fourth Avenue and Spencer Street around 2:30pm.
Upon arrival officers found a deceased body without a head lying on the ground next to a car.
The victims head was found next to the body.
Emergency crews pronounced the victim dead at the scene.
She was later identified as America Mafalda Thayer,55.
Throughout the investigation officers found what appeared to be a sheath for a large knife in a nearby yard. They then found a knife in a trash can in an alley.
Officers quickly apprehended the suspect, Alexis Saborit,42 on suspicion of second degree murder. 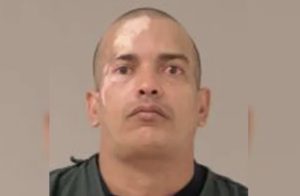 He is being held in the Scott County Jail.