A mother is suing a charter school for $50 million after her 9-year-old son was hit by a vehicle, leaving the school. He was paralyzed and died a short time later.

Tiffani Green went inside KIPP DC Honor Academy in Washington, DC, to pick up her son early from school on December 10, 2021. 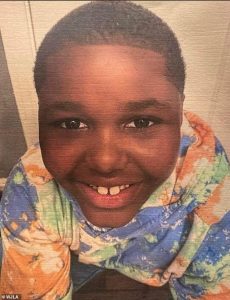 The 4th grader, Kaidyn Green, was informed by his teacher that his mom was there to get him and that he was leaving early. However, the 9-year-old walked out of the building to look for his mom and started to cross the street.

Tiffani, who was inside the front office at the time, heard the sounds of her child getting hit by a car.

The 9-year-old had been struck by a vehicle as he attempted to cross the street. The accident left him paralyzed for 6 months before he passed away in June of this year.

Tiffani says that if the school followed the usual rule of walking her son outside, he would still be alive today. The charter school also has a security company on site that was absent at the time of the incident.

In the $50 million lawsuit claiming gross negligence, the school, security company, and the driver of the vehicle, William Ward, are all named as defendants.