On Tuesday, July 26, a sentencing hearing will take place for a boyfriend of an ex-Playboy model who recently switched his plea to guilty in the killing of a child psychiatrist.

In 2019, Kelsey Turner was apprehended and gained national attention as she is an ex-Maxim and Playboy Italia model. At first, Turner and her boyfriend, John Logan Kennison, pleaded not guilty to the charges.

However, now, Kennison changed his plea to guilty in the murder of Dr. Thomas Burchard, 71, from Salinas, California. 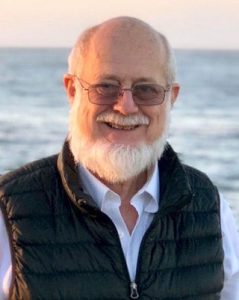 Court documents note that the ex-Playmate and Burchard had gotten to know each other for about two years. He assisted her with her lifestyle and bills during a great amount of that time.

Authorities added that the relationship went downhill after Burchard went to Las Vegas and told Turner that he wasn’t going to pay for her expenses anymore. Burchard and Turner then got into a dispute that led to the killing.

Turner and Kennison are said to have fatally beaten the psychiatrist with a baseball bat. Afterwards, they put his body inside of the trunk of Turner’s Mercedes.

Her vehicle was discovered a couple of days later in a deserted location in Las Vegas.

Before this, prosecutors chose not to seek the death penalty for Turner, who has yet to face trial.