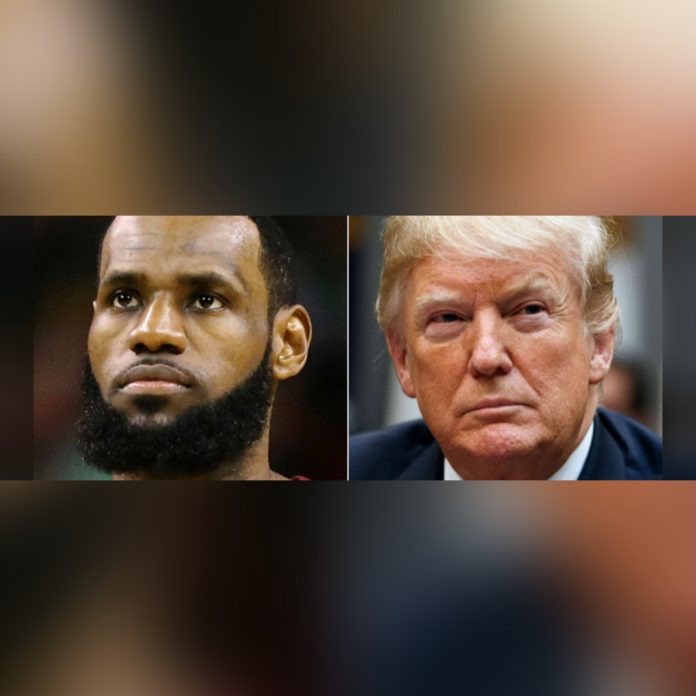 Donald Trump fires back after Lebron James posted a controversial “You’re Next” post, calling the NBA star’s post “Racist” and telling the star hooper to just stick to sports.
“Lebron James should focus on basketball rather than presiding over the destruction of the NBA, which has just recorded the lowest television ratings, by far, in the long and distinguished history of the league,” Trump said in news release.
“His racist rants are divisive, nasty, insulting, and demeaning. He may be a great basketball player, but he is doing nothing to bring our country together!”
Lebron posted this to Twitter – and later deleted – a photo of the officer who gunned down 16-year0old Ma’Khia Bryant after responding to a violent confrontation this week in Columbus, Ohio.
In Lebron’s post, he captioned, “You’re Next #Accountability” … saying the officer should be prosecuted in a similar way to Derek Chauvin.
The issue strikes some with the post being threatening, with the National Fraternal Order of Police, the largest police union in the country — saying the post was “disgraceful and extremely reckless.”
U. S. Senator Tom Cottom from Arkansas says that “LeBron James is inciting violence against an Ohio Police Officer. This is disgraceful and dangerous.”
James later explained the reason for his post, writing in a statement of his own.
“I’m so damn tired of seeing Black people killed by police. I took the tweet down because it’s being used to create more hate.”
“This isn’t about one officer,” LeBron expressed. “It’s about the entire system and they always use our words to create more racism. I am so desperate for more Accountability.”
LeBron has been very vocal about social injustices and police brutality over his NBA career. He has also lead kneeling demonstration during the NBA bubble last summer and often provided impassioned pre-game and post-game speeches to media about equality.
LeBron James hasn’t played any NBA games since March 20 due to battling an ankle injury.