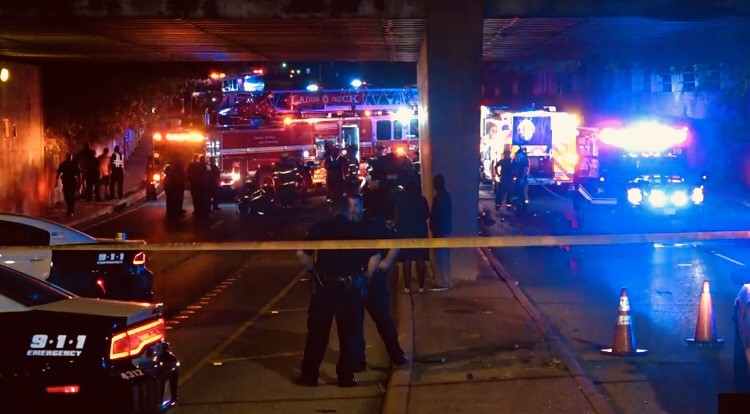 A black Honda crashed into a concrete pillar early Sunday morning that left two men dead in Dallas.
According to police reports the wreck took place around 4am on the southbound side of Elsie Faye Higgins. It is unclear what caused the wreck but when authorities arrived the found a black male deceased on the scene and a Hispanic male was transported to a nearby hospital where he later died due to his injuries.
The identity of the two victims have not yet been released.