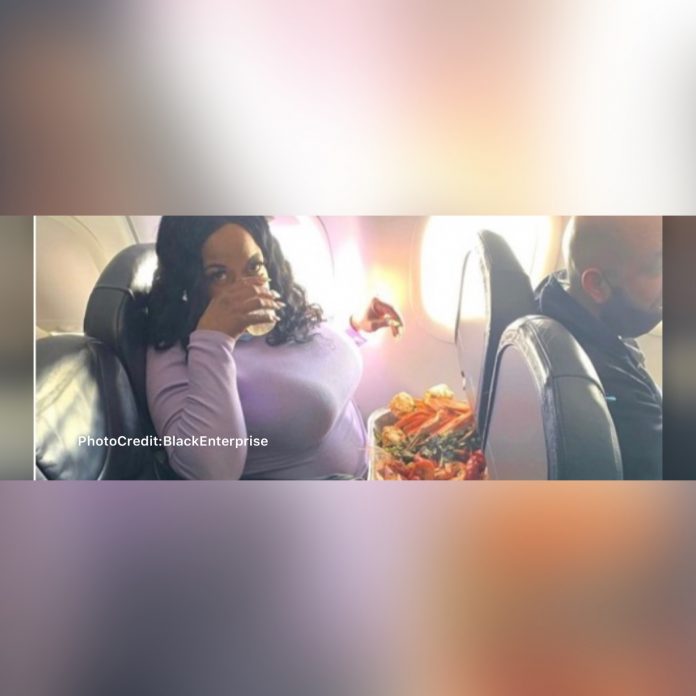 A family has gained fame after displaying their expensive taste on a Spirit Airlines flight. The photo of a woman and her son has gone viral for having an entire seafood boil spread on the plane.

Suzie Pratt was having a great time drinking her wine and having a seafood dinner with her adult son.

Pratt and her son said they were shocked it went viral. They were displeased when they read comments that called them “ghetto.”

“..It was classy if anything. I turned coach into first class..I never flew without my seafood.”

The family loves seafood so much that they own a seafood business, KCLAWS, in Brooklyn.

One social media user stated, “I would have sued the airline if I had shellfish allergies. All that recycled air of seafood can’t be good.”