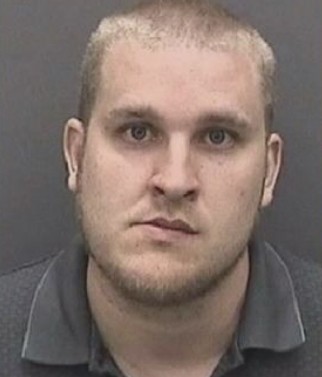 A Florida man was arrested Monday night after he injured a 16 day old baby and then tried to hide the injuries with makeup.

According to reports Aaron Bordelon,29 was arrested and charged with felony child abuse charges after he became angry with the infant for waking up after already being fed.
James told authorities that he became irritated and forcefully picked the baby up. He said he noticed the infants health deteriorating and bruising up under the eyes but failed to seek medical attention.

James then tried to cover up the marks and bruising on the infant with the mother’s makeup.
When the mother arrived home she noticed the bruising and rushed her baby to Brandon Regional Hospital where she tried to remove the makeup before arriving.

This case is still under investigation.