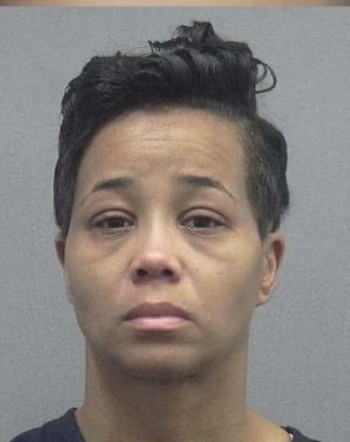 A Florida woman has been charged after being arrested for trying to kill her supervisor twice in one day last month.
According to reports police obtained a search warrant for Linda Renae Williams,39 phone records on January 17 and noticed she had been searching for her supervisor Elizabeth Schulz- Seelbach address in her google maps.
Williams who was an accountant at the law firm Scruggs Carmichael & Wershow has been confronted the day before about some concerns dealing with the law firms finances and became distraught and left the job in a hurry.
The next morning Williams drove to her supervisors house and tried to drive head on into Seelbach’s car but she was able to swerve her car to avoid being hit but says she saw Williams in her rear view mirror turn around and start driving back in her direction again.
The two women arrived at the job about an hour after the incident and Williams met Seelbach at the back door and told her they needed to talk.
They walked inside the building to a private office where Williams pulled out a knife and stabbed her in the neck.
Other employees heard the commotion and contacted police and she was transported to a nearby hospital in serious condition.
Witnesses at the office said Williams was having financial problems and Seelbach told authorities she believed Williams tried to kill her to avoid being caught in what they believe was a scheme to steal money from the company.
Gainesville police found several bank statements from the law firm and even found a check issued by her employer to a former client who was no longer living .
Williams remains in the Alachua County Jail for two counts of attempted homicide and on a $1 million bond.