A Milwaukee grandfather has been charged with murder after he repeatedly beat his grandson with a sledgehammer.

Andrez Martina,53 asked if his two grandsons Andre Smith,12 and his younger brother could spend the night Saturday. 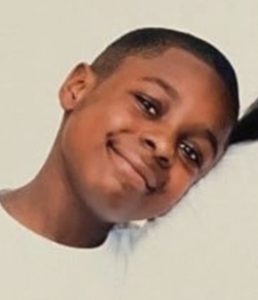 Martina claims that he woke up around 3am and noticed money missing out of his wallet.
He claims he approached his grandson Andre and asked him about it.
He then said he slapped the boy repeatedly demanding his money.

The child ran into the restroom but Martina became more upset and picked the bathroom lock.
He then started beating Andre with a sledgehammer.
The boys mother was notified and told to go to the home on 46th Street and Hampton Avenue.

Once Nia Moore and her boyfriend Anthony Anderson made it to the home.
They found Andre lying on the floor bleeding.
He was taken to St. Joseph’s Hospital, where he was stabilized and transported to Children’s Wisconsin, where he passed away.

Authorities interviewed the great grandmother who was also in the home at the time of the incident but can not walk.
She told police that Martina beat the boy with a mallet, sledgehammer, coat rack and a cane all over his body.