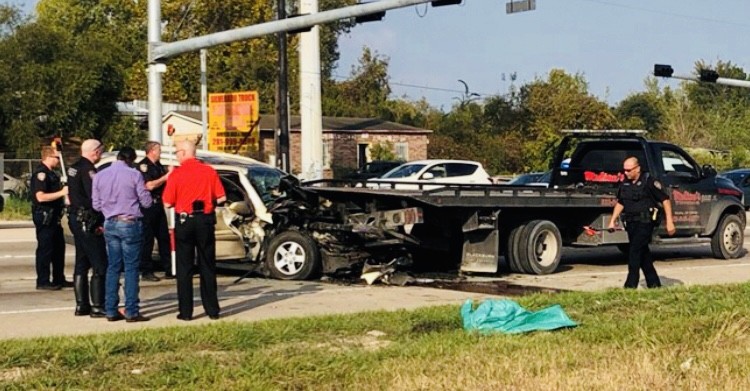 A Houston father has been charged with murder after causing a deadly crash while driving intoxicated with his children in the car.

According to police the wreck happened Wednesday afternoon near the 2400 block of W. Mount Houston when a man ran a red light and slammed into two tow trucks.
The unidentified father admitted to drinking before picking up his 8 and 5 year old son from school. The 8 year old was pronounced dead at the scene and the father and 5 year old were transported to nearby hospitals in critical condition.

Investigators say neither child was wearing a seatbelt at the time of the impact.
The father is facing felony murder charges.