Young teens have been charged as adults in the deadly assault of 73-year-old James Lambert Jr. 14-year-old Gamara Mosley is one teen being charged, and her mother has spoken out.

“All social media about me and my child is not true. I’m not a bad mom,” stated the mom, Shara.

The mother was questioned about what she says when people see the attack that was captured on video. It shows the 73-year-old being beating with a traffic cone. Her daughter has been charged with third-degree murder. 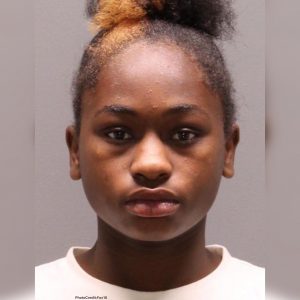 “It’s the other kids, and you know, bad influence. She probably didn’t know, didn’t mean to do it,” she added.

On June 24, just a little before 3 a.m., Lambert was walking in the 2100 block of Cecil B. Moore Avenue when he was attacked. He was later transported to a hospital where he died from his injuries.

“Since her dad’s gone…things are different cause we ain’t go that family no more like we used to. We used to be in the house and stuff like that as a family. She’s going through alot,” Shara said.

The mother believed that it was important to release a statement to the public.

“That’s my daughter, and I care. And like I said, she wasn’t with me when it happened. She snuck out that night and been with some bad friends.” She says that her daughter had never snuck out prior to that.

Shara also offered a statement to the victim’s family.

“I just want to give my condolences and apologize. I’m really sorry it happened. I’m sorry as a parent. She’s sorry. It’s all I can say. I’m just sorry.”

A 14-year-old boy, Richard Jones, has been charged with third-degree murder in the matter, as well. Another young girl was questioned and released.