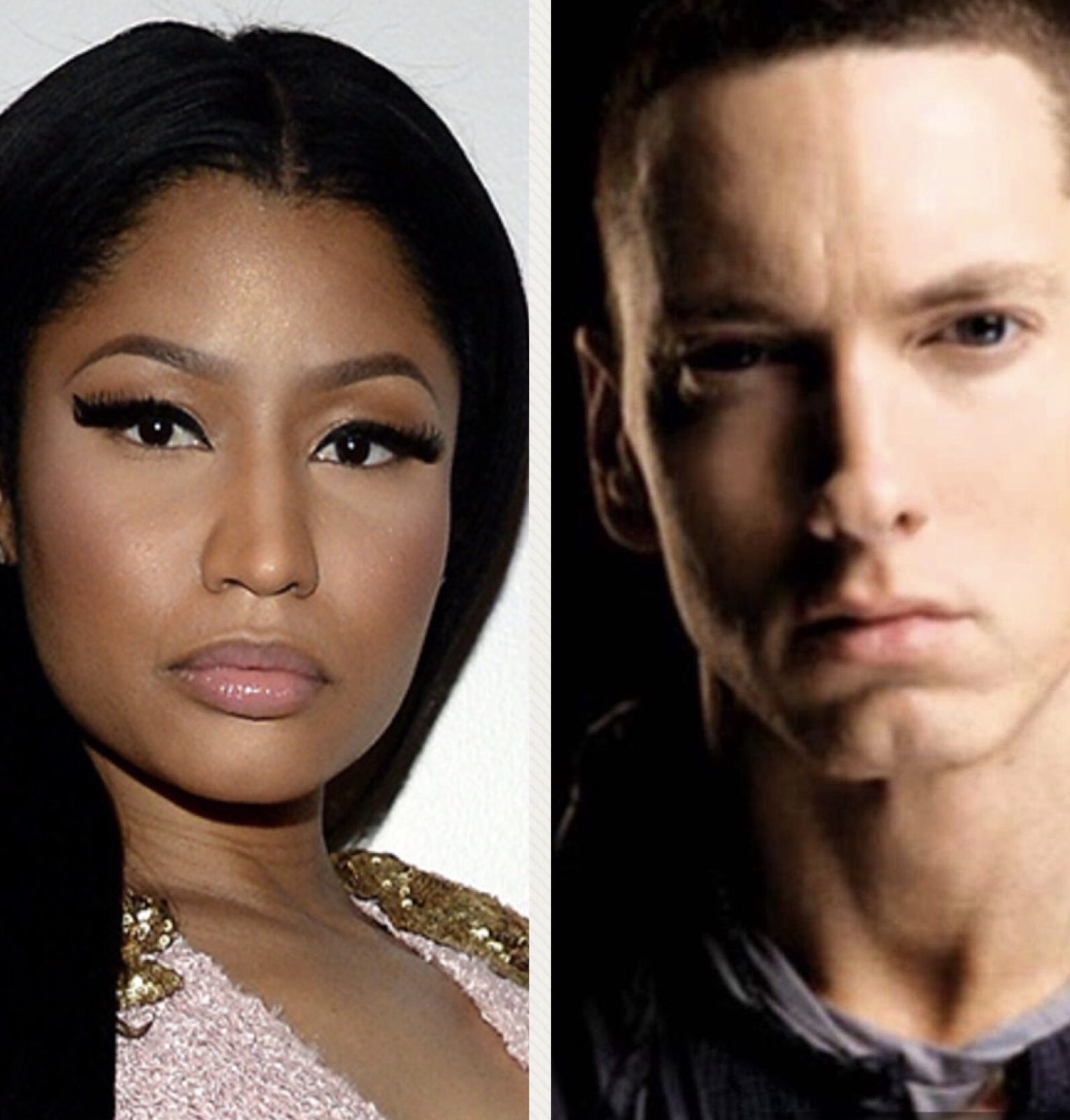 Ya girl Nicki Minaj is back on the scene and this time she’s not alone. She recently made a comment to one of her fans on Instagram saying she was dating Eminem and later posted a statement saying she was just joking and her and Eminem are not a couple.
Nicki posted a video to Instagram Thursday while rapping with her verse on YG’s Big Bank song that she is featured on.
Well while rapping her verse she mentions Eminem in the song saying “Told em I met Slim Shady, bag the Em. Once he go black, he’ll be back again.
Of course that caught plenty of fans attention and one of her fans commented and asked Nicki “You dating Eminem?” And Nicki replied to her fan with “YES”.
It didn’t end there tho because shortly after Eminem chimed in and replied “girl you know it’s true” Nicki then replied “babe I thought we were gonna keepmit on the low til the wedding. Yikes. I’ll talk to you when I get home”.

Nicki is known for her dope lyrics and her very public relationship with Meek Mill.