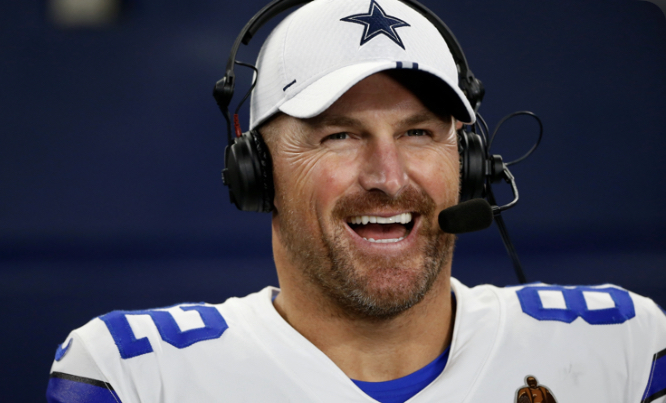 After spending a year with the Los Angeles Raiders, Jason Witten allegedly signed a one day contract with Dallas so he can retire as a Cowboy.
Witten,38 played 16 consecutive seasons with the Cowboys as a tight end.
Witten was drafted to the Cowboys in 2003, he retired in 2017 and became an ESPN Monday Night Football analyst in 2018.
He set a record 271 for most games played by a tight end and and only Hall of Famer Tony Gonzalez has more receptions and yards at the position.
He is an 11 time Pro Bowler.