A man has been arrested after he was said to have viciously killed an elderly married couple.

27-year-old Christopher Keeley was arrested in Miami Beach, more than 1,500 miles away from where the killings of Carl and Vicki Mattson, both 70, occurred. The victims were discovered “bludgeoned and stabbed.” Their bodies had been discovered in their Massachusetts residence on Tuesday night and revealed “obvious signs of trauma.” 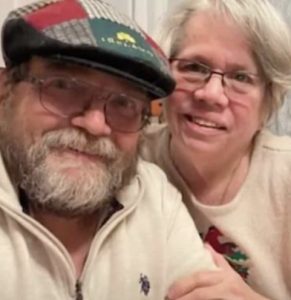 An exact cause and manner of death isn’t clear at this time.

At close to 9:19 p.m., authorities were called to a home at 75 Gotham Hill in Marshfield, Massachusetts, in regards to a welfare check.

The call supposedly came from a person who stated that a friend, named as Christopher Keeley, may have hurt a couple.

That person also disclosed that Keeley had resided with the Mattsons as help to a family member. However, the Mattsons had recently asked him to leave. They are said to have argued over a barking dog.

The friend said that Keeley was scared that he would become homeless and had begun to act “psychotic.” He also said that he wanted to harm the Mattsons and maybe even others.

The Massachusetts State Police issued an alert on Wednesday and asked for the public’s assistance in finding Christopher Keeley. A black 2019 Jeep Wrangler that he was driving had been found abandoned about 20 miles from the city before he was found.