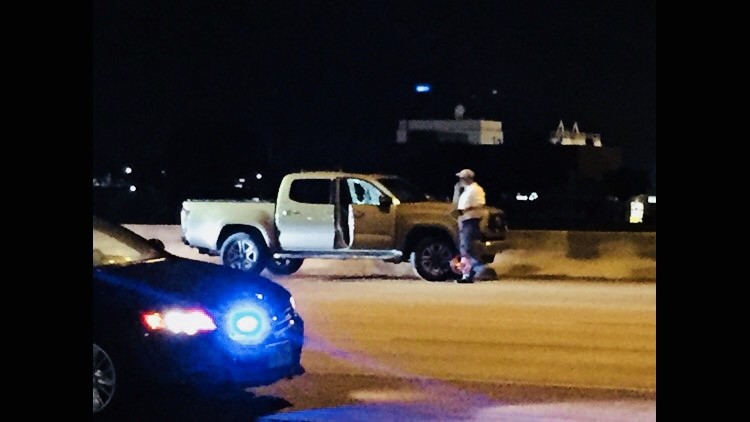 Interstate 820 was closed down in South Ft. Worth early Wednesday morning after police found a man fatally shot inside of a pickup truck.
According to reports the incident happened around 1am on the westbound side of 820. Police found a man with a gun shot and stab wounds and transported him to a nearby hospital where he later died from his injuries.
Police closed down all westbound lanes and crime scene gathered evidence. The lanes were reopened around 4am.
Police have no witnesses or suspects at the time and the victims name has not yet been released.