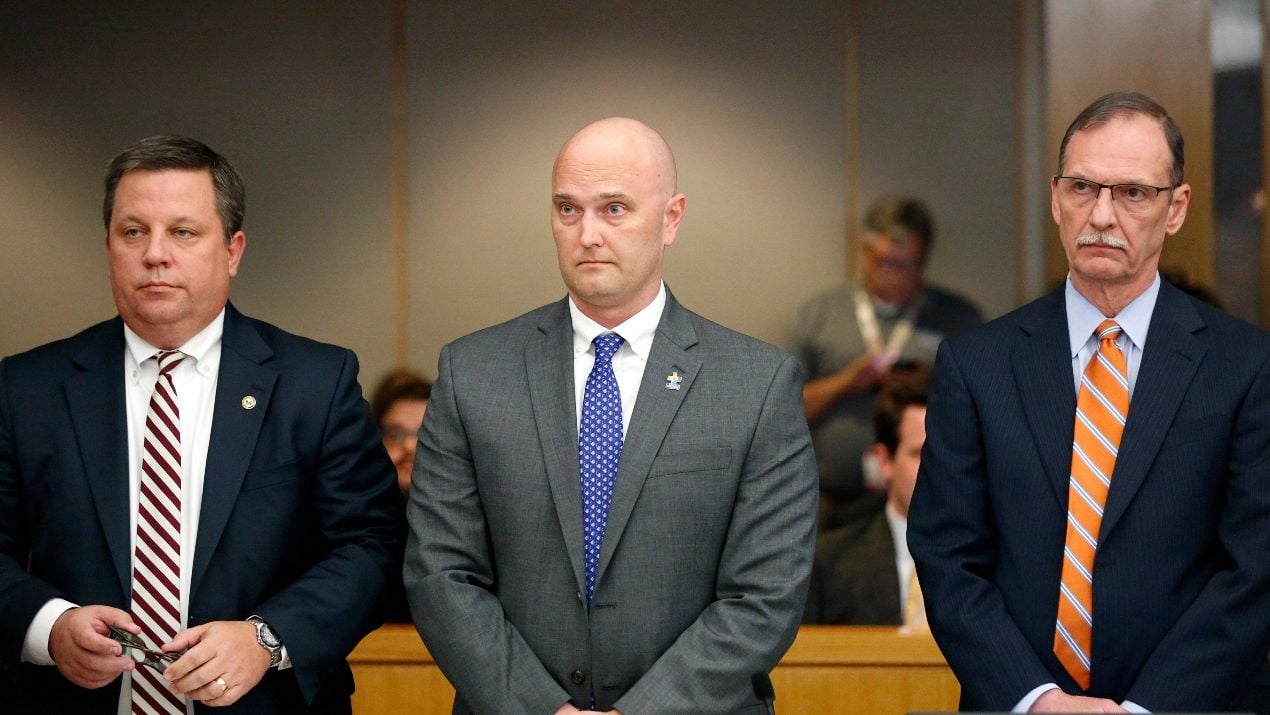 A judge has dismissed assault charges against former Balch Springs Officer Roy Oliver Monday.
Oliver was convicted of murdering unarmed Jordan Edwards,15 back in April 2017 and sentenced to 15 years in prison.

Prosecutors asked that assault charges be dismissed against Oliver as he files his murder appeal. The judge dismissed two assault charges that stemmed from the murder in 2017 in which Oliver murdered Edwards. Two other non related traffic incidents where Oliver allegedly pulled his gun out were also dropped.