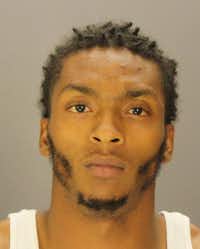 Lonzell Hunter,24 was convicted of murder and sentenced to life in prison Monday after he murdered a woman over a cell phone.

Hunter killed Martha Teran,42 back in October 2016 outside of a Dallas Medieval Times after meeting up with her to buy an iPhone. Teran met the man off of an app called Offer Up to sale the phone and when she arrived Hunter robbed and killed her in front of her children.

Teran’s children were witnesses to the murder they also testified and identified the killer.

Police also Arrested Jamal Bush,27 for being the getaway driver and he is currently in jail awaiting trial. He is also facing capital murder charges.