On September 28, Mack’s daughter contacted police after not hearing from her dad. 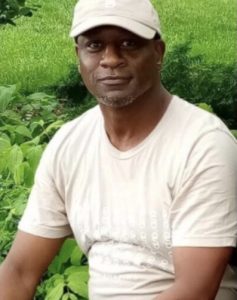 She stated that Mack told her he had fired her father from the septic tank business on September 20. Then, he dropped him off at a laundromat and paid him $1,000.

Triplett told authorities he last worked with Mack on installing a septic tank in Crescent, Oklahoma on September 20. He said he fired Mack because of his “violent demeanor.”

After talking to those homeowners, police discovered he actually worked at that home on September 7 and 8.

Subsequent to a search of Triplett’s residence, documented evidence showed him working on a septic tank at a house in Mulhall, Oklahoma on September 20.

Camera footage at that place showed both men working on the tank with Mack going in it and never coming out.

On October 21, workers discovered his body in the tank with his belongings. He had been shot.

Triplett is currently in custody at Logan County Jail and is being held without bond. He was charged with one count of murder in the first degree, and desecration of a human corpse