Aldeyshaun Locklear, 20, had been accused of choking his pregnant fiancé and burying her remains in a family member’s backyard, in 2019. The incident occurred in Dekalb County, Georgia.

Now, he will spend the rest of his life in prison.

A jury found Locklear guilty of felony murder, aggravated assault by strangulation, and concealing the death of another. This was in relation to the death of Te-a Choates, 19. 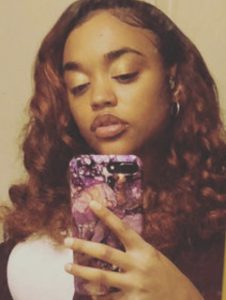 On August 10, Choates was reported missing by her grandmother after no one had seen or spoken to her in four days.

Reports note that Locklear and Choates had resided in the grandmother’s home in the city of Lithonia.

The man was located at his parents’ residence after a tipster had called authorities. Locklear stated to police that Choates had left with friends and didn’t know anything about her being missing.

Later, he told police another version of what happened. He stated that the two had gotten into a dispute and that Choates had threatened him with a knife. Then added that she hit her head on a bathtub after he had pushed her. He then claimed he attempted to administer CPR when Choates was no longer breathing. After wrapping her body in a white cover, he buried her behind her grandmother’s residence, in a wooded area.

After detectives recovered her remains, Locklear gave, yet, another story. He admitted to choking Choates. Detectives found out that there had been physical abuse prior to Choates’ killing, as well.

Choates was also three months pregnant at the time of her death.