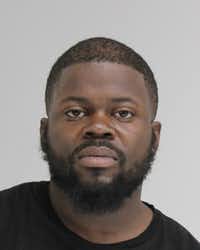 A math teacher at Lang Middle School has been charged with sexual assault after a student speaks out.
Kyle Tyson,31 has been charged with having an improper relationship between educator and student.
According to reports the relationship took place back in December 2016 and January 2017. The student was said to be a 14 year old 8th grade student at the time of the incident.
The victims mother just learned of the relationship this year in May after her daughter had already left Lang. When she asked her daughter about the incident she did admit to having a sexual relationship with Tyson. She also told her mother that they would have sex in the parking lot in his car and that the first encounter took place at her apartment.
Apparently Tyson had been flirting and touching on the girl in class and between class periods. She said once she left Lang that the teacher contacted her via text message asking if she was hungry and wanted to go eat. She says that she told him that they couldn’t see each other anymore because she had a new friend and he in return told her “she only needed to be taking to him and that he was mad about her new friend”. She then said she has met with the suspect on several occasions just for food no sex.
Tyson has been arrested and charged with sexual assault and improper relationships with a student. His bond was set for $100,000 and he is currently out on bond.
Tyson has been placed on administrative leave.